There are no items in your basket.

Click below to see our competitions and add tickets now.

BEHIND THE SCENES - We delivered the Lamborghini Aventador SV to Ryan in Rugby!

On the 9th of July 2021, we delivered Yianni's Lamborghini Aventador SV to Ryan Lines in Rugby and here we are taking you behind the scenes to give you a sneak peek of the process here at Yiannimize Competitions.

First things first, Yianni has to start his intro at Yiannimize HQ. We take pride in our YouTube content to bring you entertainment and an insight into what we do. As you could probably imagine, this was a big day for him to be letting go of his pride and joy, giving away the first-ever Yiannimize Competitions prize and most importantly, about to change somebody's life! 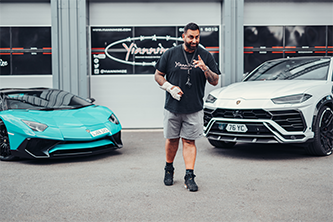 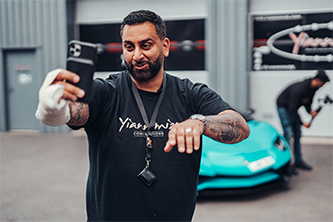 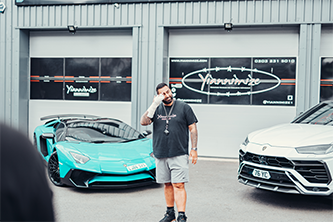 We then proceeded to make the drive from Yiannimize HQ in London to Rugby and of course we had to take Yianni's Lamborghini Urus as the designated taxi car to take us back home after we deliver the car to Ryan. 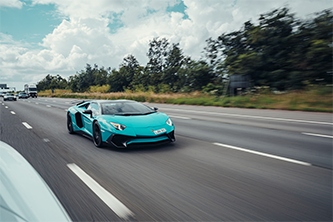 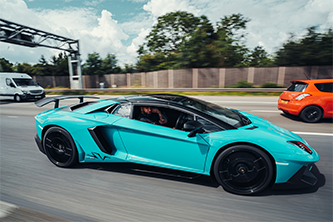 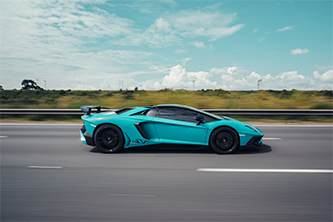 80 miles and an hour and a half later we made it to Rugby and found the perfect sign to take a picture in front of. Luckily, this spot was only down the road from Ryan's house. We were literally 2 minutes away from turning his dream into a reality. 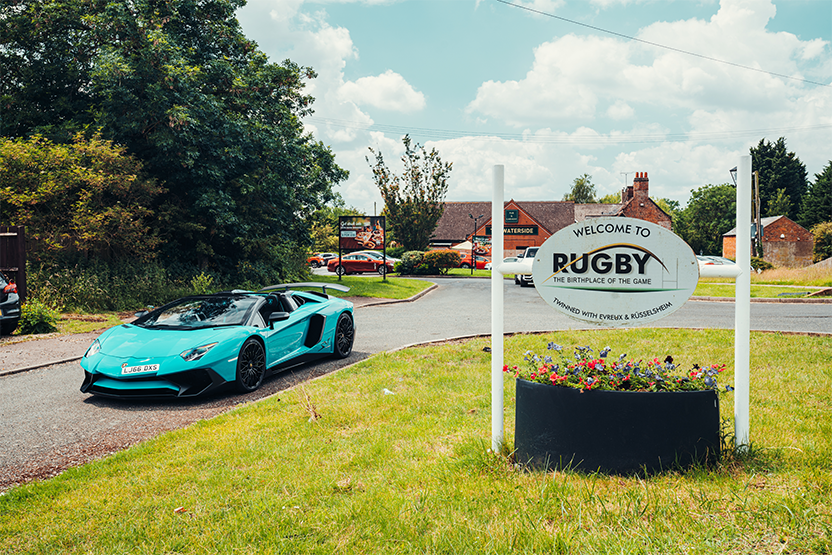 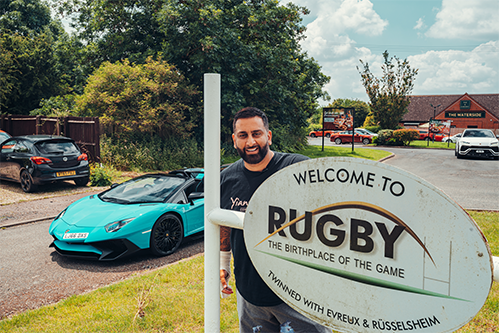 Having finally arrived at Ryans house and I think this is the moment where Ryan's mum, who famously said "I'll believe it when it's on the drive", finally actually believed that this is completely real and not an elaborate practical joke her son was playing on her. 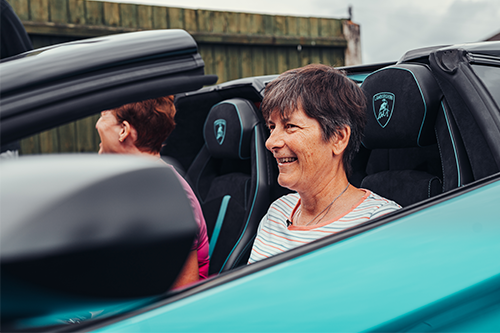 We can imagine it being a surreal experience and feeling to finally see a car like this on your driveway, and we think the neighbours thought so too! The whole street came out to congratulate Ryan on his win and every 5 minutes, another one of his friends would turn up to have a look, even his boss! Our favourite quote of the day was his boss saying, "I don't care what car you drive now, I expect you in at 7 am tomorrow!" 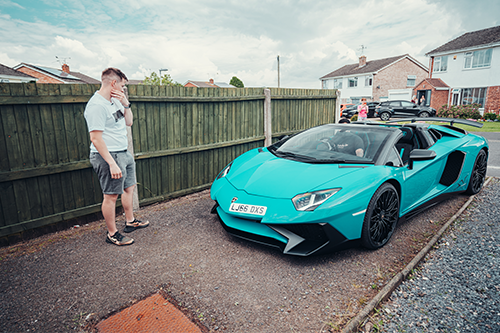 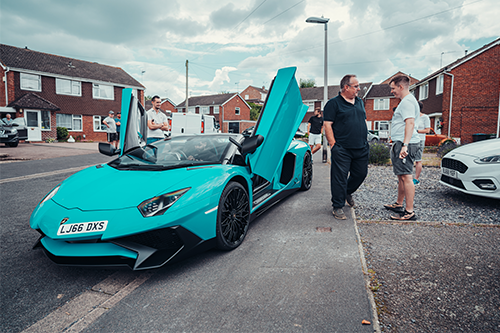 Before finally letting him go, Yianni, being the responsible one decided to show him the ropes and make sure he got grips with the car. They went out for a drive in the neighbourhood but we will see that footage when the YouTube video comes out so stay tuned! He also showed him how to put the roof on and off, which was quite a funny experience, but in all fairness to Ryan, none of us got it right the first time either! 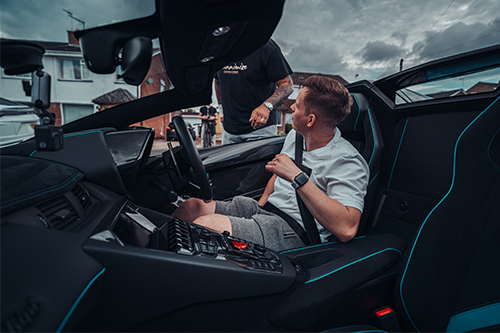 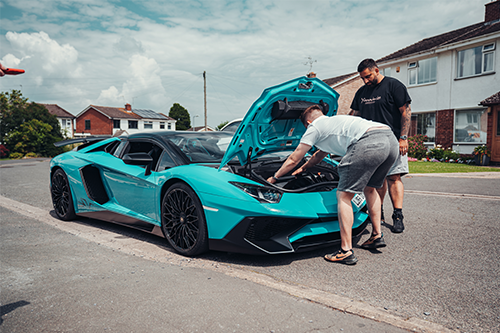 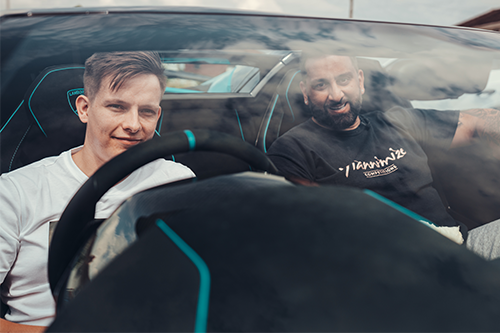 Big step up from his current car! 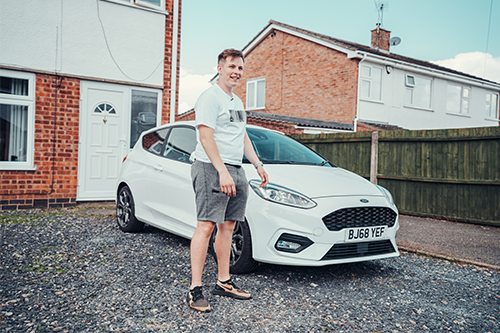 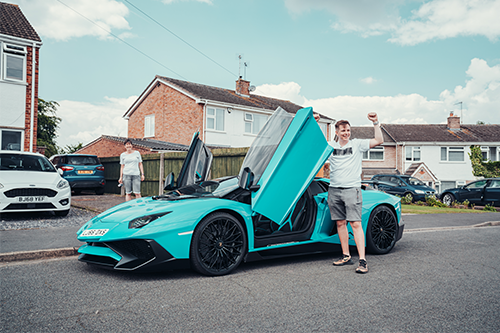 It's safe to say it was smiles all round that day! 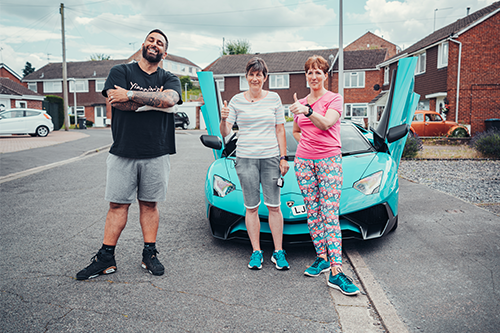 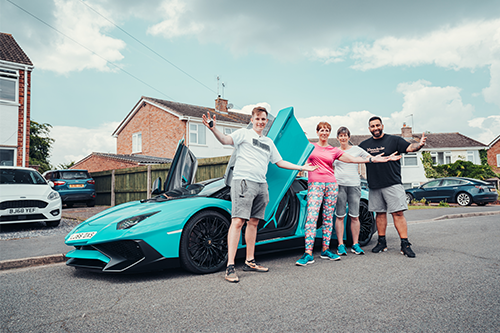 We wish Ryan and his family all the best of luck in the future and we are excited to see what he does with his new Aventador SV!

Will he sell or will he keep it?

How long will he keep it for?

What will he do with the money?

What would you do if you were in his position?

Stay tuned for the full YouTube video of Ryan's handover!

Yianni went live on Instagram, Facebook and Youtube for Ready Set Play #7. Prizes on the night include cash, a Dyson vacuum cleaner and a signed Ronaldo shirt!

Video: Aygo Car Collection | ' A Dream Come True For Me'

The second female winner ever on Yiannimize Competitions arrives at Yiannimize HQ to collect her brand new Toyota Aygo. She had played Ready Set Play and won a brand new car!

For every month as a member, you will receive £9.99 credit to spend on ticket purchases which are 50% discounted with your exclusive discount code. Cancel anytime. 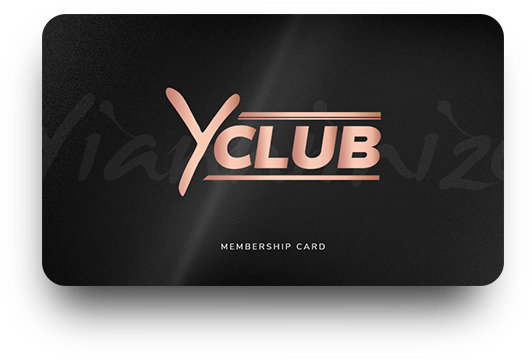